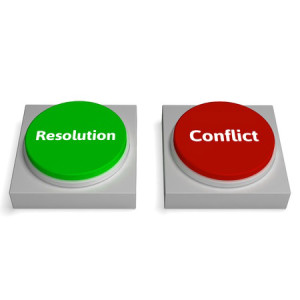 In the light of Clause 4.8.5 & 10 of the Protocol, a section 18 valuation is required where works are not being undertaken. Two key cases clearly demonstrate where a Section 18 (1) valuation may severely reduce a potential claim.

In the case of Ultraworth Limited V General Accident Fire and Life Assurance Co. Limited (2000), the large office building was let on a 25-year lease on full repairing and insuring terms. The lease expired in July 1998 and the office market at the date of expiration was poor. Conversely the residential market was booming and made the property attractive to residential developers. It was sold for £1 million in March 1999 to such a developer. The tenant, by the end of the term, had carried out none of the repairs.

The tenant persuaded the court that the diminution in value suffered by the landlord’s reversion was nil and won the case. They demonstrated that the landlord had no intention of carrying out the works. The property was sold for development, and as the residential scheme involved significant internal alterations, the developer would not have benefited from the building being in repair.

Where the landlord did not ever intend to repair the property in accordance with the Schedule of Dilapidations, the cost of repair is treated by the courts as little, or no guide to the diminution in value of the reversion. On the other hand, if the landlord, or developer, had been able to show that it intended to or had actually done the work, then this would be evidence of the landlord’s loss, and the burden of proof would lie with the tenant to prove otherwise.

This case is a stark reminder of the potentially massive impact of the diminution in value cap on claims and also shows the importance of market influences.

In Craven (Builders) Limited V Secretary of State for Health (2000), a textile mill was left in poor repair at the end of the term and the landlord argued that the property in repair was worth £585,000. The parties agreed that the property in disrepair had a value of only £245,000. However, the tenant argued that as there was no market for such a property, the value was nil.

The judge held that it could not be assumed that a property was worthless just because there was no actual purchaser. Therefore, the courts assessing diminution in value, should consider the viewpoint of a prospective purchaser: who would they be, what would they pay, which elements of disrepair would affect the price the purchaser was prepared to pay, and which would not? The judge held that a hypothetical purchaser would be deterred by some items of disrepair, and the diminution in value was held to be a mere £40,000.