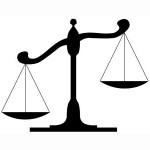 (The following is an extract from an article written for the Building Surveying Journal by Alex Charlesworth, Cushman & Wakefield. It appeared in the December 2013 issue and is available here for download)

While the Dilapidations Protocol is now commonplace, there is still the perception that it is a rigid inflexible process, with the ever present danger of court action if it is not followed. However, the reality is that the protocol procedures are far from rigid and the terminology used is very carefully communicated, with the word reasonable featuring throughout.

The protocol’s objective is actually to avoid court action, and this is done by setting out clear procedures and timeframes in order to reach settlement. There are however, still areas of misunderstanding around the process and demarcation of skills among professionals. It is important to appreciate that as well as the client, building surveyors, valuers and solicitors should be considered as one team, and each skill has its own place.

There is no obligation for a landlord to prepare a terminal schedule before the end of the term, but they often do so in order to promote early negotiations. Landlords usually want to reach a financial settlement and so timing of the schedule is often delayed to frustrate the tenant’s ability to undertake the works in time. As a result, tenants approaching the end of the lease term often appoint their own surveyor to assess liability and cost.  Forewarned is forearmed.

There is no obligation for a tenant to respond to a terminal schedule served before the tenancy ends. Many surveyors still misquote the protocol, particularly when trying to extract a response from the other side.  The simple fact is that the protocol does not apply until termination of a tenancy.  The clue is in the title: Pre-action Protocol for claims for damages in relation to the physical state of commercial property at termination of a tenancy”.

The protocol now applies, and its timeframe gives a landlord up to 56 days within which to issue a Schedule of Dilapidations. This will also include an endorsement stating the landlord’s intentions and the Quantified Demand. This timeframe should be taken as a maximum guidance only.  While many landlords often state that the intention is to undertake the dilapidation works, it is clear that many will also be exploring alternative options at the same time. If the landlord intends to undertake works that are likely to dilute or supersede parts of the claim, then this must be taken into account.  It rests with the tenant to prove the landlord’s intention at or shortly after termination of a tenancy, which will be very difficult.

Parties are encouraged to meet before the response to the quantified demand is due.  Parties should also meet within 28 days after the tenant sends the response with the aim of agreeing as many items as possible, reducing the scope of dispute.  It is after this process that the protocol then gives guidance to alternative dispute resolution and quantification of loss.  The latter requires a detailed breakdown of issues and consequential losses based on either a formal diminution valuation or an account of the actual expenditure, or a combination of both.

During negotiations, legal disputes often arise, in particular over interpretation of liability.  This is where the building surveyor’s demarcation of skills lies.  It is not their role to pontificate on whether a particular legal case is relevant.  Each case has its own unique set of circumstances and is therefore very unlikely to match the subject situation.  By all means discuss principles established by such legal cases, but the application or context surrounding them should be dealt with by the legal profession.