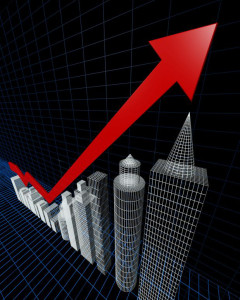 Where a building is in disrepair at the end of the term, Section 18 (1) of the Landlord and Tenant Act, 1927, limits the landlord’s claim for damages for breach of a repairing covenant. Other breaches are covered by Common Law Principles usually related to a landlord’s loss as referenced by diminution in value.

In order to calculate the diminution two valuations are required. Firstly to compare the property’s value in poor repair; and secondly to look at the value the property would have achieved in the open market if it had been maintained by the tenant.

The second valuation is a hypothetical assessment, as the premises would not currently be in repair. It must consider all potential uses for the premises, as it may be more valuable as a redevelopment site or for an alternative purpose. It must also take into account the extent that an alternative or change of use would affect individual elements of the schedule. For instance repairs, to the external areas may still need to be carried out.

Redevelopment may well render valueless any repairs that may be required by the lease covenants, and subsequently the landlord’s intentions for the property must be considered. In the case of Firle Investments Limited V Datapoint International Limited (2000), the landlord considered refurbishment of an office building following the expiry of the 25-year lease. The judge considered whether at the expiration date, the landlord’s refurbishment intentions had moved “out of the zone of contemplation – out of the sphere of the tentative, the provisional and the exploratory – into the valley of decision,” as described by Asquith L J, in Cunliffe V Goodman, 1950.

The Protocol states that the landlord’s claim must include a summary of the landlord’s intentions. Post-termination events are admissible as a means of assessing the diminution in value of the reversion at the end of the term. If the courts are unable to act on fact, then the requirements of a hypothetical purchaser and transaction will be assessed.