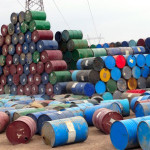 – In Relation to Dilapidations

This article does not propose to make any comment in relation to the Contaminated Land (England) Regulations 2000 or any other relevant statutory legislation. In this respect it is recommended that specialist advice is sought.

Who is responsible Under the Terms of the Lease?
Responsibility under Common Law is complicated and not a topic for discussion here. Needless to say the perpetrator, or offender, who has caused the contamination, is responsible under the Common Law. However, the issues that this article makes comment on relate to the responsibility specifically under the terms of the lease. Close inspection of the lease is required to establish the extent of the demise, and more specifically does the land form part of the demise and if so is the tenant responsible for repairing it?

Cujus est Solum Ejus Usque ad Coelum et ad Inferos!
“Ownership of the soil is from the sky to the depths of the earth!” Unless specifically defined a demised premises is presumed to include all the soil beneath and the air space above the demised land and buildings. So where a self contained building, together with the land on which it stands, is demised on terms that the tenant repairs the entirety of the demised premises, the land will prima facie form as much part of the subject of the covenant as the building.

On the other hand the lease may define the demise more narrowly. For example, where the demise is limited to the building or part of it, then the position will be different.

Can Remediation be termed repair?
There are a number of clauses within a lease that may affect the tenant’s repairing obligations and each one should be inspected and analysed to establish the extent of the breach. These include the following:

Once the breach has been established the surveyor will need to determine what remedial repairs are necessary. A careful analysis of the repairing covenants is necessary to establish the extent by which remedial works can be required. For instance, a covenant “to put and keep in good condition” is more onerous that “to keep in tenantable condition”. In addition, it is questionable whether remedial works to land are in actual fact repair when this may involve removal of contaminated soil. In the case Brew Brothers Limited V Snax (Ross) Limited (1970) 212EG281. The Judge said, about the extent of remedial works proposed by the landlord “that the correct approach is to look at the particular building, to look at the state which it is in at the date of the lease, to look at the precise terms of the lease, and then come to a conclusion as to whether, on a fair interpretation of those terms, in relation to that state, the requisite work can fairly be termed repair”.

However large the covenant, it must not be looked at in isolation. Quite clearly this approach involves in every instance a question of degree in relation to remediation works of contaminated land. This may be a large scale operation and the landlord will need to prove to the Court that the work does not go beyond repair as a matter of fact and agree.

Finally where the onus of proof lies with the landlord, it may be difficult to establish firstly liability, and secondly the source of contamination.

Dilapidations and Contamination – By example
Take an unreported example. This relates to a 1960’s warehouse in South London, where the landlord claimed for dilapidations. Part of their claim related to substantial remediation of the contaminated land.

The demise included the land and the repairing covenant required the tenant “to keep in good and substantial repair and condition”. The tenant as part of their use and operation involved storing and mixing solvents and paints on site. The landlord carried out borehole samples of the site and tested the soil and found that contaminates could well have come from the tenant’s operations.

The tenant obtained the services of a specialist environmental consultant and established that although the ground was contaminated it was fit for continued use as light industrial and subsequently were able to argue that the premises were still fit for purpose. Any contamination was an issue under Common Law and proceedings would need to be bought against the tenant by the Local Authority not the landlord, if it was deemed that the land was indeed contaminated.

The landlord’s real intentions became apparent when the building was demolished in preparation of building residential housing on the land. In order to change the use to residential the landlord would need to carry out remediation of the soil and this quite clearly would have been an improvement and the extent of repair proposed was beyond a reasonable degree.

The final nail in the landlord’s claim came when the tenant analysed the historic use of the site. The tenant was able to show that in 1935 surrounding sites consisted of smelting works, metal works, joinery works, varnish factory, die works, iron works, and a carbon factory. By looking at the different layers of soil and the direction of flow of underground waters, they were able to show, in all probability, contaminates could have come from any one of these surrounding sites.

The substantial dilapidations claim was reduced to nil.